​Do you know how one can make a god? Oddly enough, it’s similar to the proverb of having greatness thrust upon you. Or, it could be just another something that one was merely “born” to do. And sometimes, it is something that you actively work to be.

Such it was in the case of Ọyábùnmi (or Bunmi, for short), who as you see here chose her skin to be that of Benin bronze.  It protected her from all direct blows, but with a heavy cost. This was something that she worked to conceal, to little avail. But thanks to her spirit reviving, she actually …prevailed.

Listen a bit, too, and spare the spoiled the rod; see how one woman became a lay form of God. 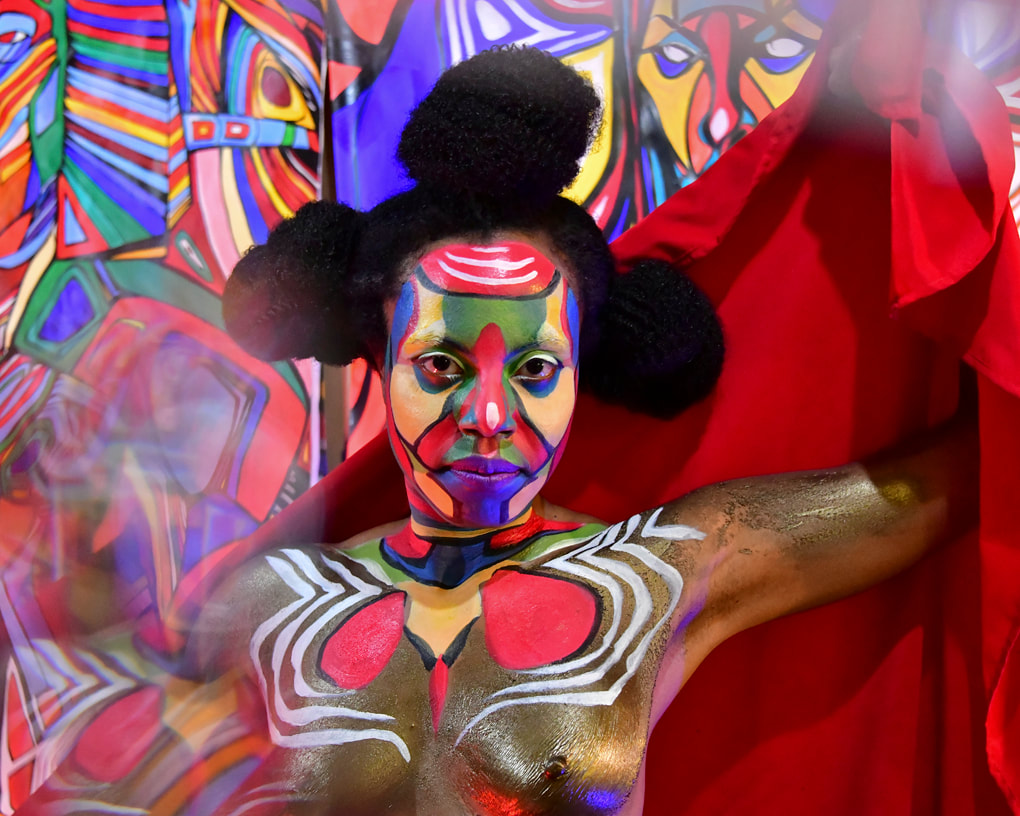 ​
When Bunmi was still a mortal, she faced challenges like anyone else. Born under a double rainbow, all of the others in her family called her blessed, and she was eventually trained in the deeper arts of her people. Her initiation had just ended, and she was presented with the task of collecting tribute from a recalcitrant territory in her kingdom. Doing such tasks was a rite of passage. All in her family, male or female, had to pass it in order to be fully seeded, a true warrior of their gods and people. 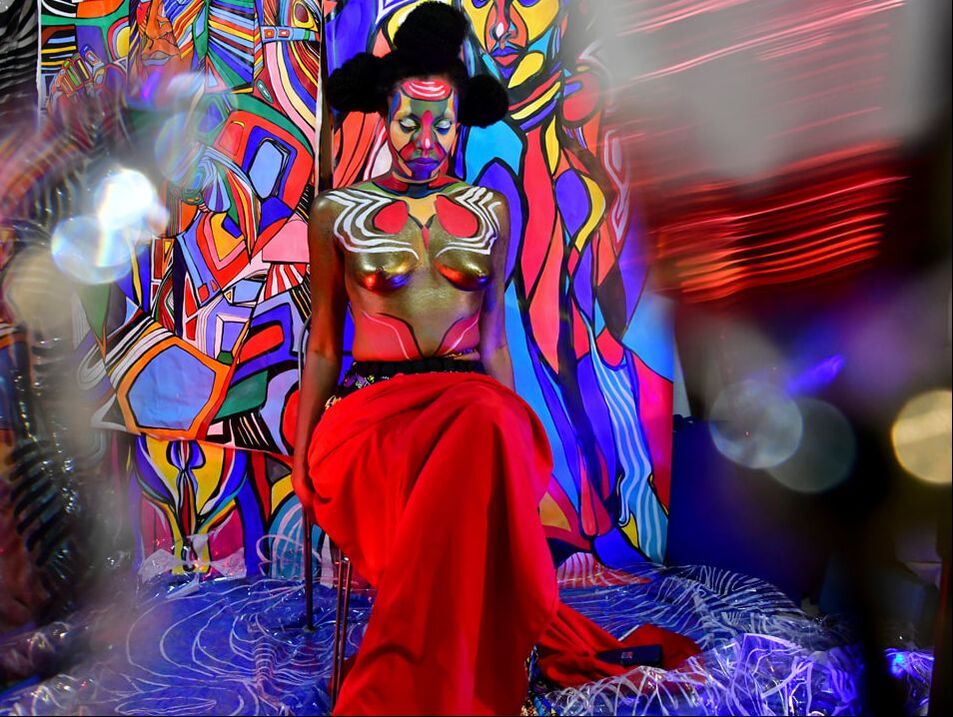 But rivals were tearing at her from every side. Some posed as friends. The chief of those said to her before the invasion, “You must paint yourself in bronze, so that all may see and know you for what you are.” Bunmi smiled and bowed in thanks; the rival thought to herself, with a smile, “She will be the brightest target for the enemy to attack, and then I can then finish her off.” 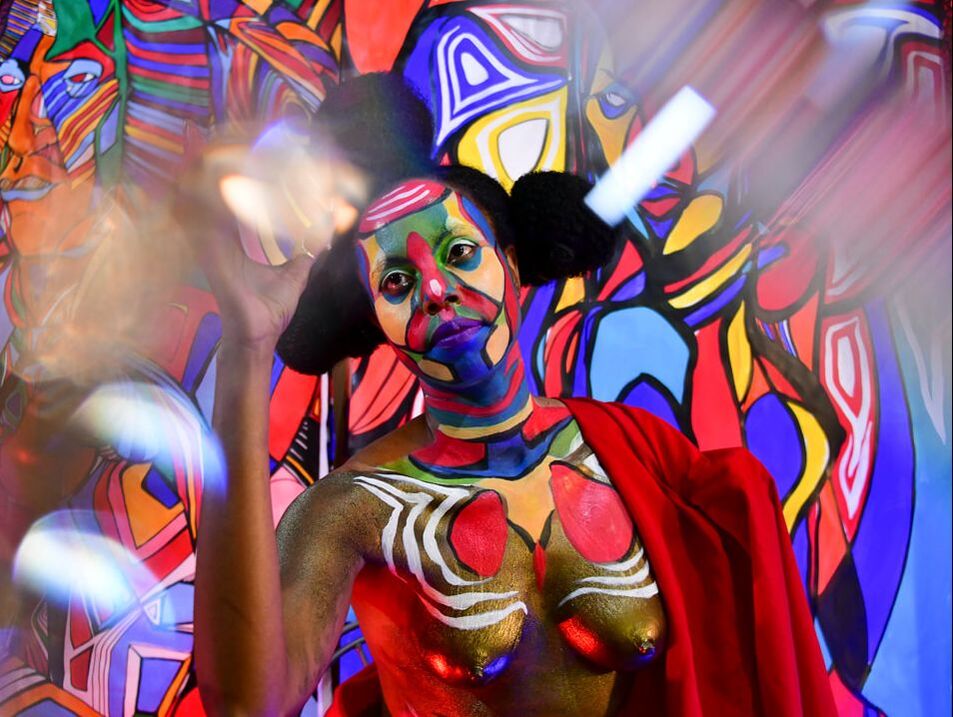 As Bunmi was then as she is ever is, she was confident of her chances of success. “I know how to throw farther, see clearer, then any other woman here,” she would say over and over to herself. And so, on that day Bunmi seized the moment and gathered the globes of power that ensured her right-of-passage. 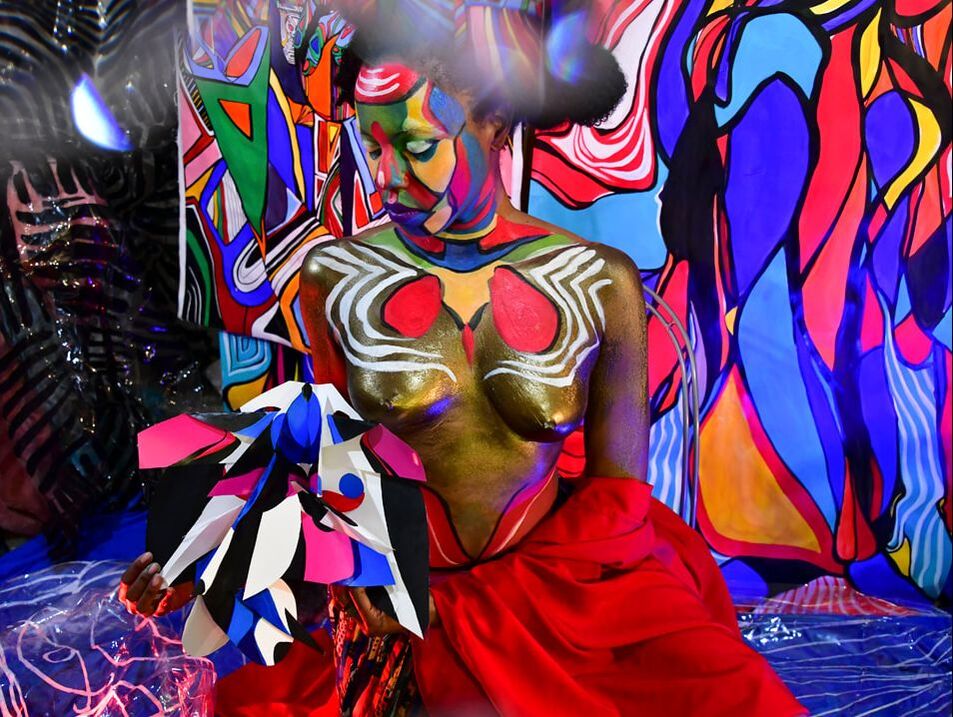 ​The battle was fierce, and all of the defending townspeople aimed at gleaming Bunmi; but the warpaint had the benefit of giving her bronze like armor, and their more direct arrows and blows merely glanced off. But after a long while, Bunmi was crushed from the inside by the constant barrage on her skin armor. Smiling, the rival closed in to finish Bunmi off. But then—whoosh! The wind circulated around her, and pushed her back down on the ground, next to Bunmi’s glazed eyes. Horrified, she saw the wind go into Bunmi’s open mouth, and fill her cheeks up. A dent that was on Bunmi’s head flattened itself out again, like an old wineskin filled with precious liquid. Air whistled in and out of Bunmi’s nostrils, and a low, guttural rattle started to climb out of her throat.  It was in this moment that she was renewed with the might of the gods. 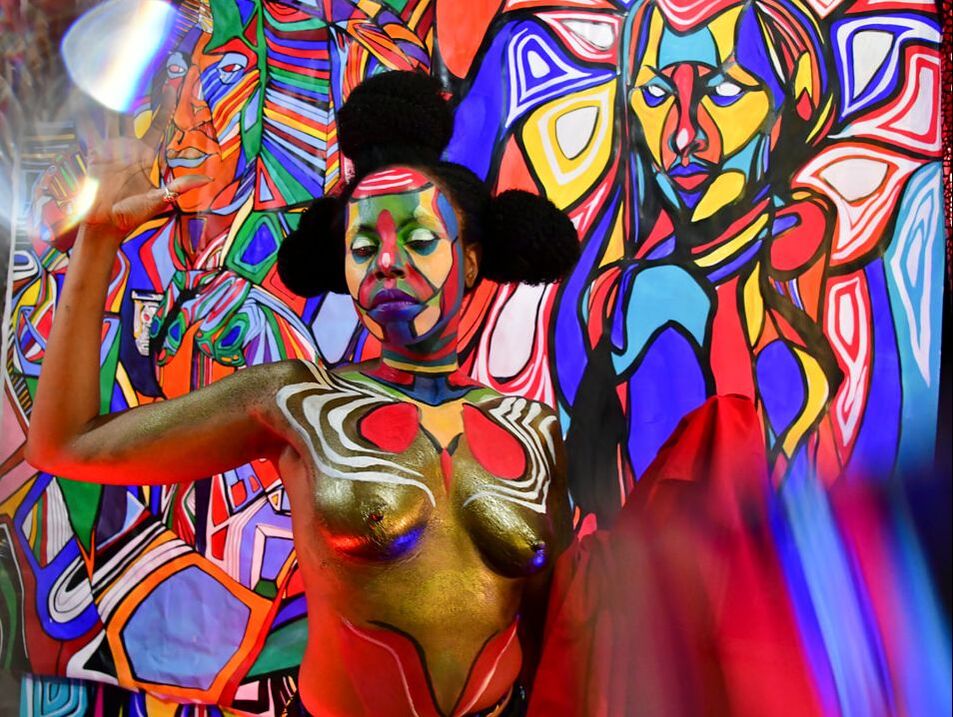 ​The townspeople had started to rush her by the time she had made the blow, but they were too slow to stop her. With a renewed passion, Bunmi swung the hammer of her fallen rival, and the whip of the rebel chief, around, around, around, in a whirlwind of anger, energy, vengeance. Her strength was at untold levels now; knives, machetes, which the clubs of the far weaker townspeople had no effect on whatsoever. After a few seconds of whirlwind, the rest of the rebels lay dead, or injured. With pride in her heart, she screamed, “Can you handle it?”

Clearly, the rebels could not. 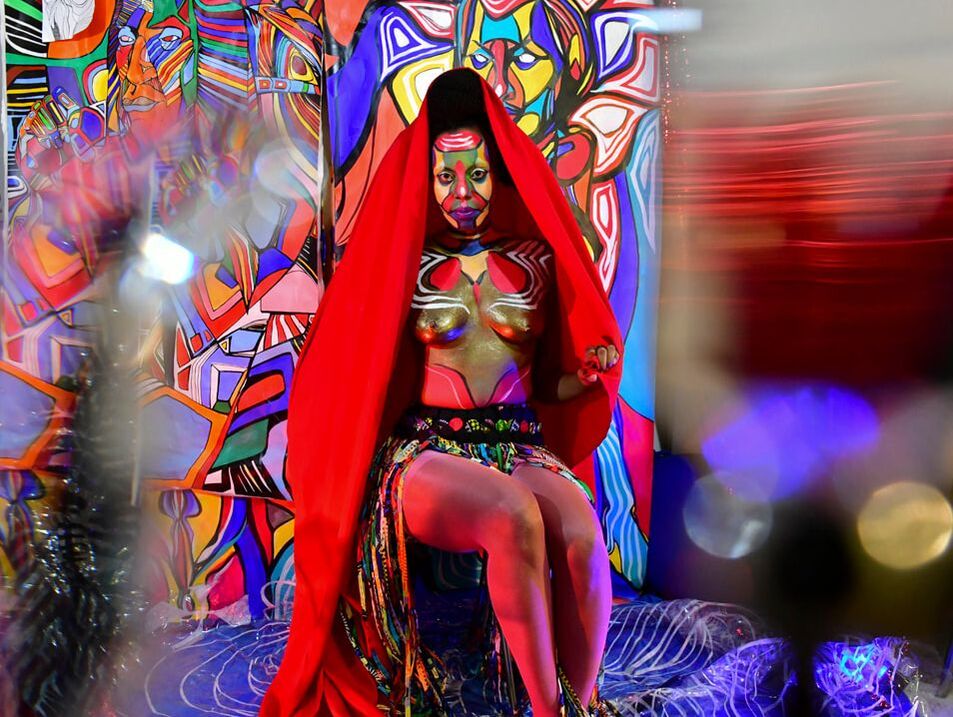 ​Bunmi brought her triumph of booty from the war back to her leaders, and was honored for her bravery and skill.

After many moons of sitting between the rainbow’s vibrations, everyone else started to wither and die, but Bunmi stayed ever vigorous, even unchanging. Her relatives whispered to themselves that she must have actually died in that great battle and all that was left was just an extremely well-preserved zombie. Bunmi thought this ridiculous at first, but was forced to conclude the same after 70 years or so. She should definitely have passed middle age in looks long ago.

Thinking back on it, she reasoned, “The wind gave my life back, so it is that which animates my soul, rather than what everyone else has.” In response, the heavy wind whistled outside of her house. “The colors of my birth and battle served as my protection. And I will never forget the color of my dried blood on the ground beside me. They will be my symbols from this day forward.”

A cat walked up beside her, and rubbed on her leg. Picking him up, Bunmi cooed as she turned back around, towards her way home.